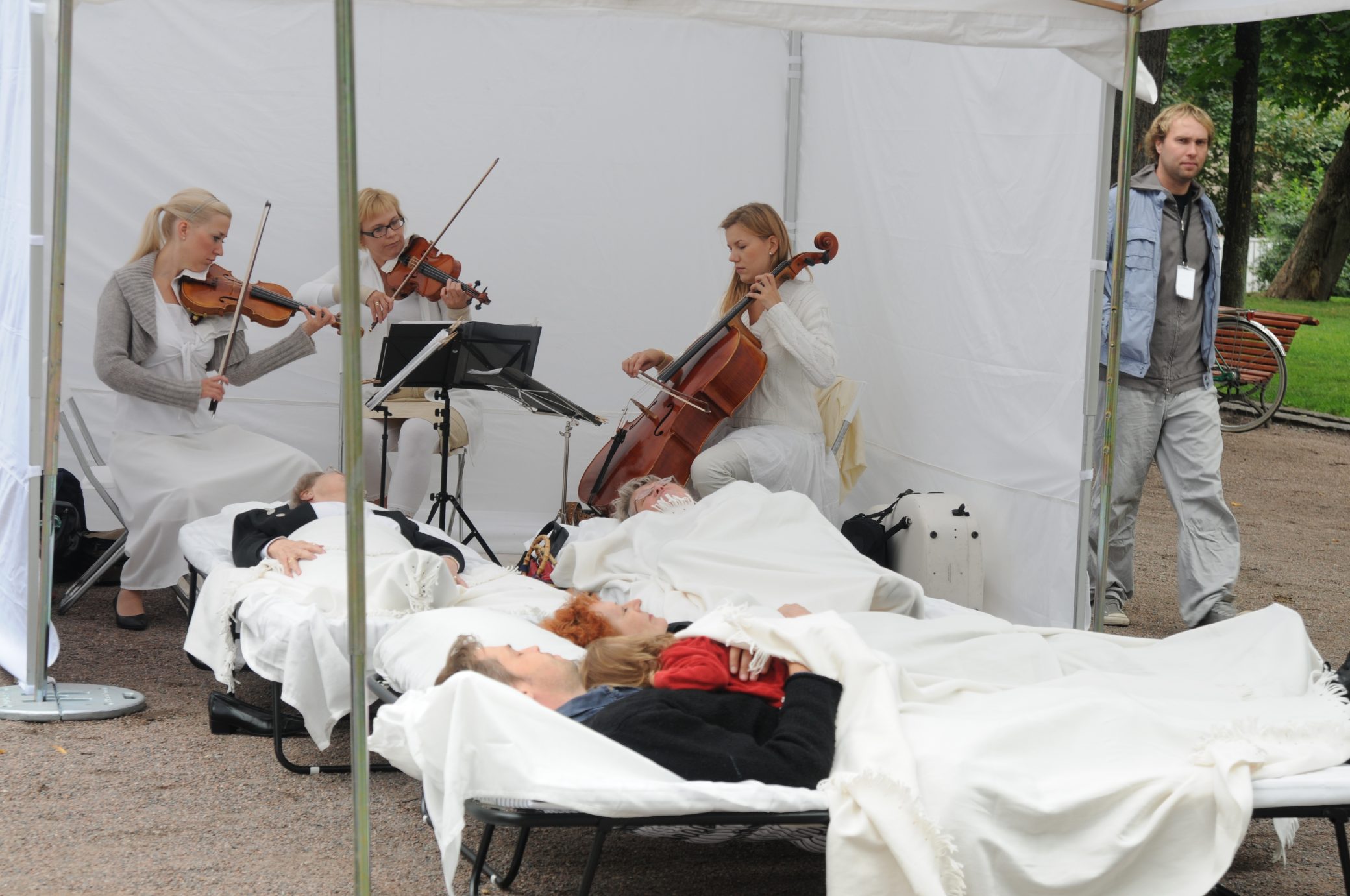 For a whole week, Kaisa Salmi let people take naps all around the centre of Helsinki. A string trio played relaxing music and four actors worked as sandpeople by tucking people in and stroking them to sleep. Salmi is worried about how people cope with stress and suggested the idea of taking short naps in the midst of all the bustle. People could take naps in such places as the Old Church Park, the Central Railway Station, and on Mannerheim Street in front of Lasipalatsi. The same piece was supposed to be executed on Plaza Jaume in Barcelona, but the militia eventually prevented holding it on the government square. 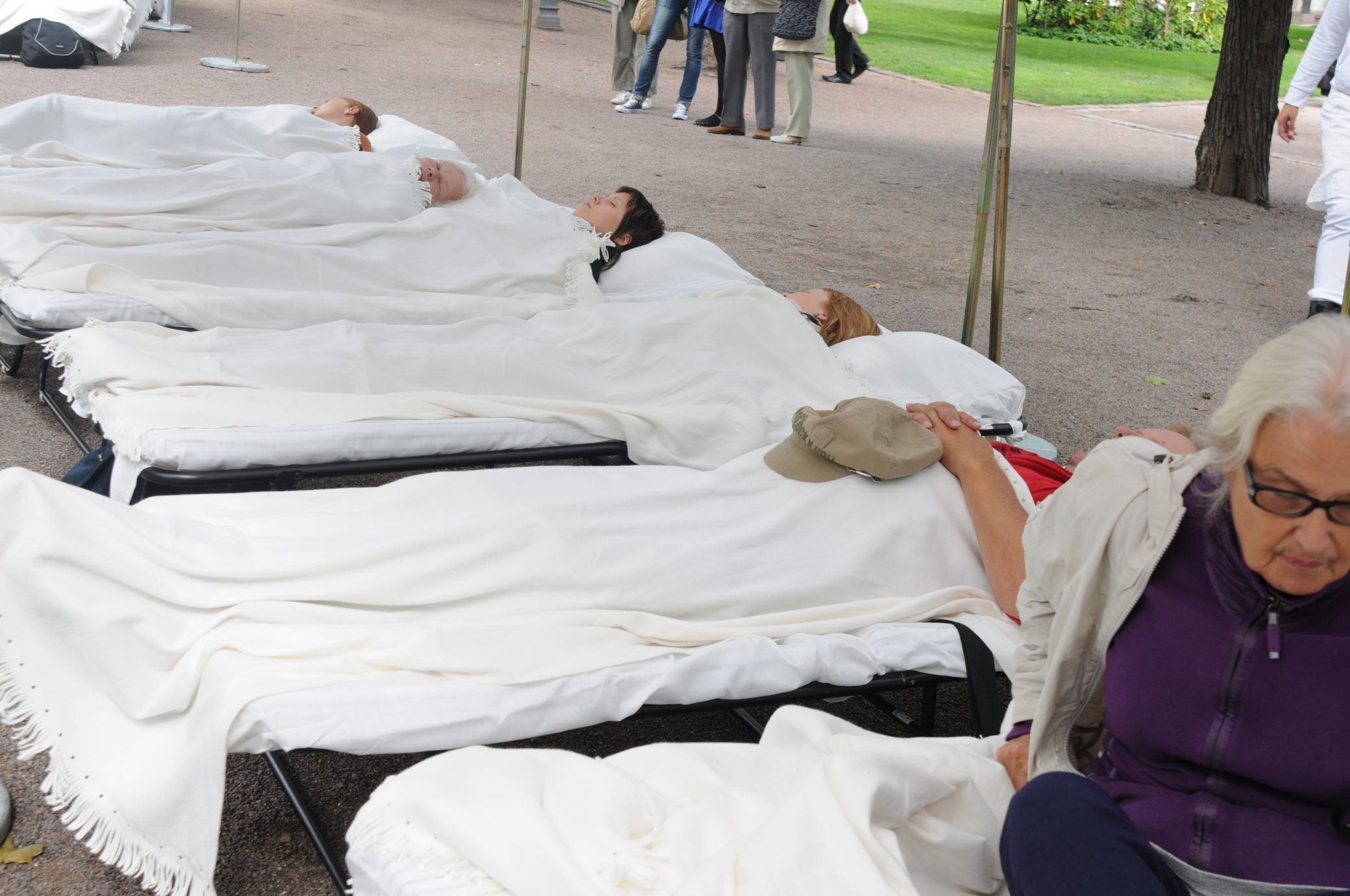